Masirib Guro Joe Walls was introduced to Inayan Eskrima in 1997 through a former instructor of Jun Fan/JKD who was at the time, also an associate instructor in Mangisursuro Michael G. Inay's ITO program. After this introduction Mr. Walls’ life would never be the same; this was the day his journey in Inayan Eskrima began.

In addition to Inayan Eskrima, Guro Walls has trained in various other martial arts and blade systems. He has competed in, and/or trained competitors in boxing, grappling & MMA events in the past.

Since the passing of Mangisursuro Inay in 2000, Guro Walls has dedicated himself to the preservation and perpetuation of Inayan Eskrima, following the teachings of the The Inayan Brotherhood of Eskrima (IBE), a core group of Senior Inayan Guros, each of whom helped form the Inner Circle under Mangisursuro Michael G. Inay.

On September 15th, 2012 Masirib Hanosh accepted & assumed the title of Tagapayo as bestowed upon him by the Guros and students of Inayan Systems International

In addition to Tagapayo Hanosh, he has trained with, studied under & been influenced by:

Each of these men has had a major impact on Mr. Walls’ development, appreciation & understanding of Inayan Eskrima. He continues to maintain personal relationships with them all, as both friends and his seniors in the art.
​ 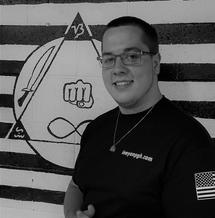 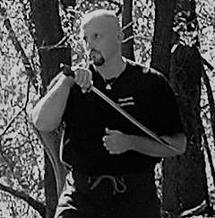